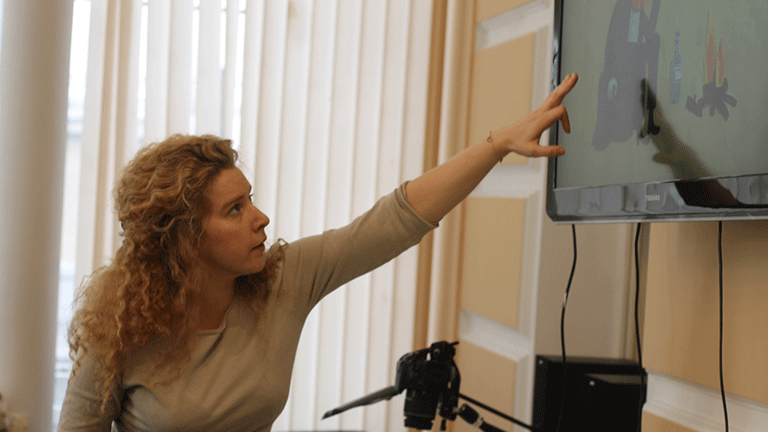 Marija Čajka has been pursuing animation from a young age starting in her family’s studio ‘Čajka-stajka’. She started organizing workshops for children and youth in Voronezh, Moscow, and Saint Petersburg, as well as outside of Russia, in Abkhazia, Italy, and Serbia. In 2012, she assisted in actualizing the animation project ‘The Song of the Battle of Kosovo’ in Karlovci Grammar School. In 2013, she helped realize the project ‘Time for Animation’ in the Cultural Center of Novi Sad. It is thanks to her workshops that studio DOM came to be and that this form of creatorship took off with the children and youth of Novi Sad and Sremski Karlovci.  Maria has been a professional animator since 2013, when she began working in the studios ‘Pilot’ and ‘Plastelin’. She started working in Russia’s oldest animation studio ‘Soyuzmultifilm’ in 2016.  She graduated from the department of Art Theory and History from the Repin Academic Institute of Fine Arts in 2016. She started teaching animation at the department of Animation at the Institute of Business and Design Moscow in 2019.