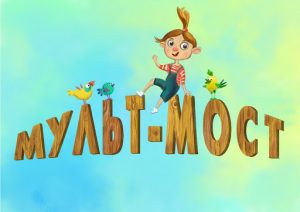 The MM Fest Festival has developed from the international animation project Multibridge.

The project was started in 2016 with the aim of encouraging collaboration through creativity, language learning, learning about one’s own and the cultures of others, and research as well as friendship in primarily Serbian and Russian children and subsequently the rest of the world.

The basis of the project is animation, a multidisciplinary art which encompasses nearly all forms of artistic expression – music, drawing, painting, sculpting, movement, and dance, and then unites them all through the application of modern technology.

Everything above mentioned has caused the project to grow bigger each year. Over these past four years, studios from Italy, Israel and Ukraine have also joined the project and it has grown into the international festival of children’s and youth’s animation MM Fest (Multibridge Festival).

The originators of the project are Zlata Popov, the mentor of DOM studio and Marija Lendova, director of Novosibirskkinovideoprokat, a state-organized film and video distribution project.

The project realization has up until now been supported by: the municipality of Sremski Karlovci, the Ministry of Culture of Novosibirsk region, and the festival of Russian children’s film ‘Fairy Tales of Childhood’.

The project has been awarded the European Language Label by Foundation Tempus in collaboration with the Ministry of Education, Science and Technological Development of the Republic of Serbia, the Institute for the Advancement of Education, French Institute, and Cervantes Institute.

You can read more about the activities of DOM studio and its actualization on the DOM studio website.