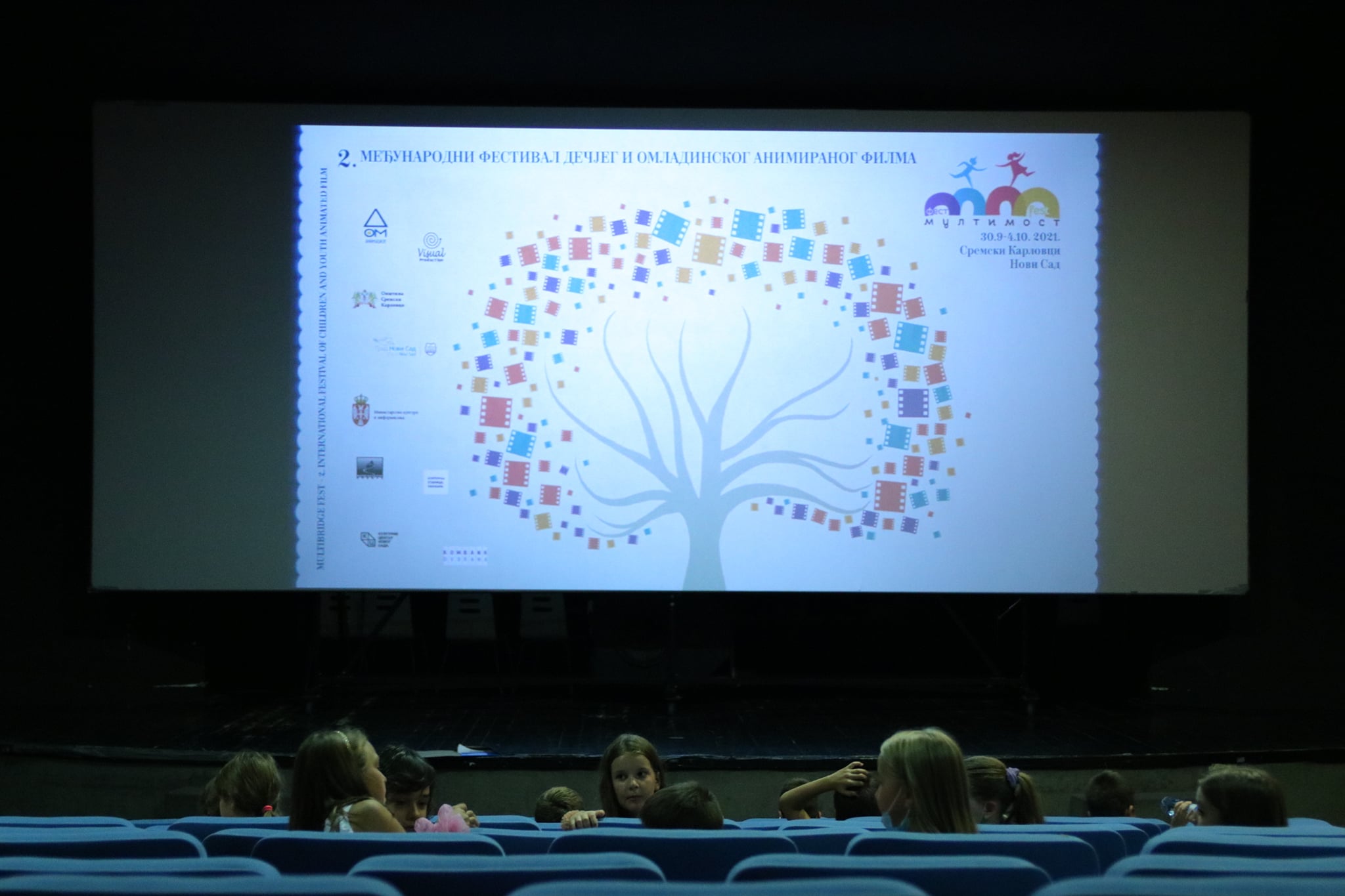 Dear participants of the fest, dear spectators, collaborators and sponsors, dear friends, I am very happy to be able to greet you again this year on behalf of the International Festival of Children’s and Youth Animated Film “MultiBridge Fest”.
This is the second year of the festival’s existence, which evolved from the RussianSerbian project “MultiMost”, launched in 2016 with the intention of building bridges between cultures, cities, studios, and individuals through the art of animation.
This year 1,015 films from 87 countries are competing. The selection committee included 115 of the best in the official selection, making sure that different techniques, styles, and forms are represented so that the viewers can get to know the various amazing possibilities of animation. The selection of films was also influenced by the motto of this year’s festival: Faith, love, hope – the wisdom of moving images, ie the idea that the art of animation should elevate the human spirit and guide viewers for centuries to confirm the values upon which human culture is based.
The competition program will be shown on the big screen in the cinema of the Cultural Center of Novi Sad, but at the same time we did not give up on the idea of films and animation in schools, in addition to schools from Karlovci with which we have great collaboration since the launch of the MultiMost project. The program will be shown in several primary and secondary schools in Novi Sad.
Another novelty this year is the introduction of a children’s, youth, and student jury, which consists of representatives of primary, secondary schools, and students of the Academy of Arts. They will evaluate the works of their peers from all over the world together with the members of the international expert jury. We are proud to say that the youth team of the festival has significantly increased with new valuable associates. In this way, MultiMost fest is increasingly becoming a festival of children and youth of Sr. Karlovac and Novi Sad, which was the intention from the very beginning.
We want to introduce children and youth of our cities to fantastic possibilities of animation, instruct them how to independently create and make a space where they can show their works, see the works of peers from around the world, learn and grow in this modern form of expression that will help them develop their creative potentials and critical thinking through the use of modern technology, learn patience and cooperation.
The accompanying program will enable the art of animation to be viewed from different aspects. Animation workshops that will be held at various locations in the city, the exhibition “Veterans of Serbian animation” will introduce the audience to the way it was
done as well as to the people who laid the foundations of this art in Serbia, and a very important part of the program is a professional-scientific conference where representatives of professional artistic and scientific associations, state institutions and other organizations will discuss the introduction of film and animation in the education system of Serbia.
The guest of this year’s festival is the 50th revue of movies created by the children and youth of Serbia, which has been inviting children and youth to express themselves through the art of film for 60 years now.
I thank the Cultural Center of Novi Sad, proven friends of children’s and youth animation, who provided the highest quality screenings of the competition program, the Municipal Administration of Sremski Karlovci, which supports the project since its inception, the Academy of Arts, which this year participates in all festival activities, from film judging to workshops, as well as all sponsors and friends of the festival.
Enjoy watching good original animated films that encourage creativity!